Is the Pen Licence certificate helping or hindering my child’s learning? 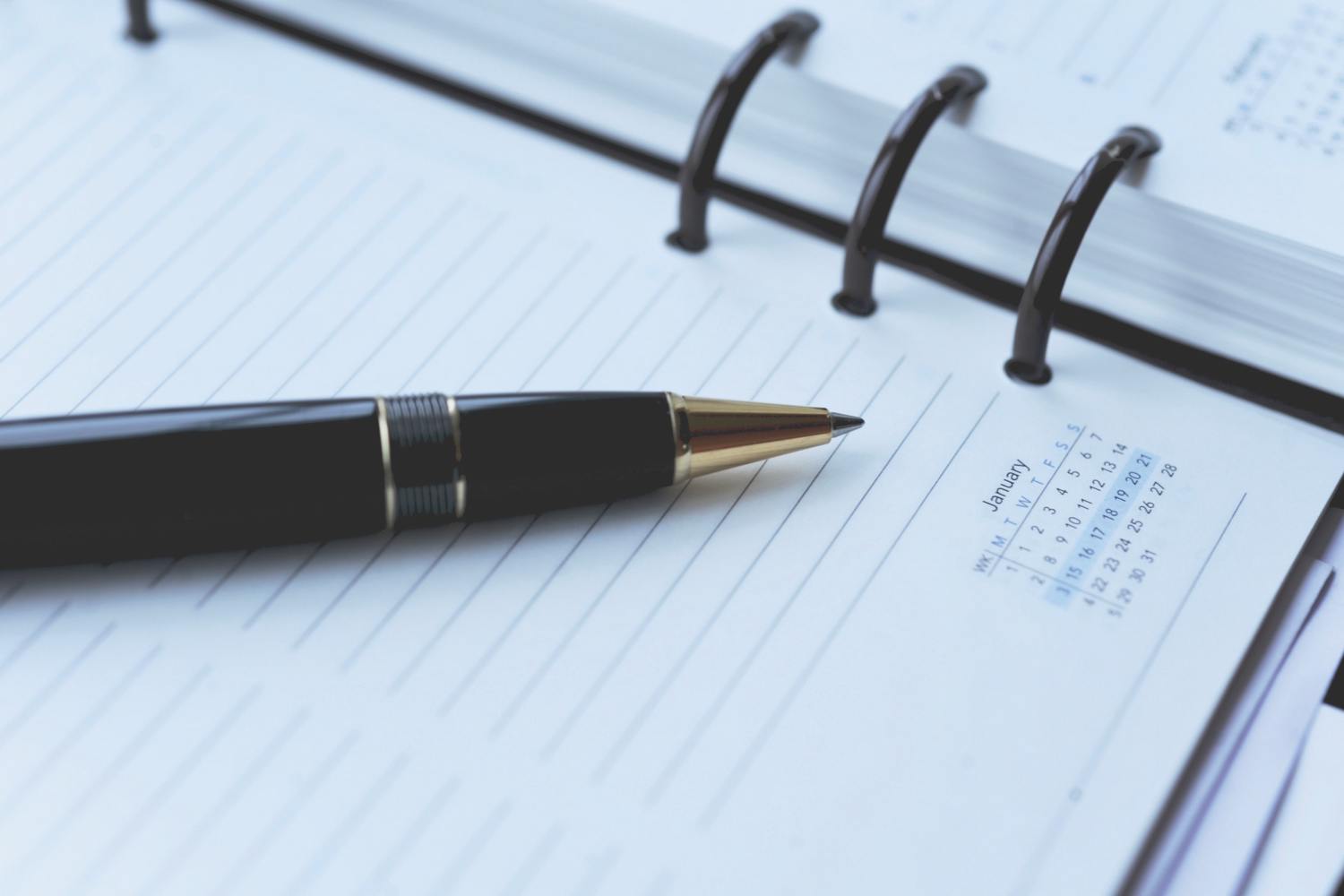 Brought to you by Vaks, tutors of SATs, GCSEs & A Levels.

‘Is the Pen Licence helping or hindering my child’s learning?’ is a question that we should all stop for a second and think about.

Angela Webb, chair of the National Handwriting Association said, “Despite the increase in digital technology, handwriting is still an essential skill, not only for presentation reasons, but also because of the benefits to a child’s cognitive development.”

This is very true. However, we have to look at the bigger picture – Is more emphasis being placed on the scripture of the words rather than the actual content? What kind of emotional and social impact is this licence causing to my child? What about the gender divide? Or the children who are already struggling with handwriting, such as dyslexic and dyspraxic students, who may feel inferior?

For those of you whose children have managed to slip past the licence, Vaks will give you a quick run-down. The Pen Licence is a privilege that students earn for showing a certain level of proficiency when writing with pencil, but this freedom can be taken away if the writing regresses.

The Pen Licence was introduced as part of the new curriculum change in 2014, which also included learning fractions by five, 12 times table by the age of 9 and joined-up handwriting by seven in a bid to enable students to produce ‘fluent, legible, and, eventually, speedy handwriting.’ The old National Curriculum did not mention any penmanship, and students managed to academically succeed before the pen licence was announced, so why the sudden need for the warden-like authority over some ink?

According to former Prime Minister David Cameron, it was “rigorous, engaging and tough”, and was enacted to keep the same pace as the rest of the world. The Pen Licence also strove to increase the handwriting standard of Britain and generate ‘healthy’ competition in the classroom. However, if this licence was introduced to keep up with the rest of the world, then why has America never heard of this ‘Pen Licence’? And why did Finland, who is known for having one of the best education systems in the world, recently get rid of handwriting classes in favour of typing ones?

In 2016, Finland’s move to phase out cursive handwriting classes in exchange for keyboard typing sparked debate about the future of handwriting lessons. Finnish children do not start primary school until the age of seven, yet this is the age that British students are supposed to be working towards their licence. Instead of trying to compete against other countries, why not understand what will most benefit the child to improve their learning?

Dr Misty Adonious, Senior Lecturer in Language Literacy at the University of Canberra, explained that whilst handwriting was important to teach, cursive writing has become outdated, “The research shows us that a child will have a better concept and better memory for what a letter is and what it represents if they actually handwrite it … [but] the argument is really against those pages of cursive, joined-up writing exercises which, in the end actually don’t change many people’s handwriting styles.”

What damage is this Pen Licence certificate actually doing?

For us, a pen is what could be one of a 10 multipack that you can buy in a supermarket. For students, that piece of plastic can hold a lot of emotional and social meaning in the classroom and contribute greatly to their confidence in learning.

The opposition to the Pen Licence shows that this handwriting issue is on a few people’s minds. Kevin Courtney, the National Union of Teachers’ deputy leader, noted how it was a curriculum that was written by government advisers and officials, not teachers.

The ATL (Association of Teachers and Lecturers) survey revealed that a large 90 percent of teachers regarded the Department for Education’s approaches to the changes to be either “chaotic” or “flawed” and that the Department had not properly considered the teachers’ views.

Let’s have a look at what damaging effect the Pen Licence certificate is actually having.

The emotional effect of the Pen Licence certificate

How would you feel if all of your co-workers received coffee in the morning, but you didn’t because you couldn’t get your letters to loop? Receiving the Pen Licence is like a ‘rite of passage’ and a step closer to adulthood, and many students feel left out for not being allowed to make that ‘step’. Some children will rush home from school, excited about their new found freedom, while others will dread the next day of class, where they will be made to feel different (physically as well, the rest of the class has a pen in front of them, and the other student doesn’t). Then there’s the feeling of non-acceptance when all of your friends have the Pen Licence, and you don’t – Why am I not good enough? Why do they have it but I don’t? Imagine how the last child in the class must feel to be the only student who has not received their Pen Licence, the feeling of being left out, and humiliated – it’s not worth the joined-up swirls, and it can make the student feel like their peers are ‘better’ than them. Being forced to write in cursive at such a young age can also trigger negative emotions towards writing in this style, and actually push the student, in the future, to write with handwriting that is not joined up. Some students may feel that they have to ‘illegally’ use the pen if they wish to do so but were not granted the licence; and it can cause unnecessary added stress and pressure for the child. It can even cause them to panic when they cannot get it right, especially for those who struggle with their motor skills, potentially contributing to the development of mental health issues within the classroom.

The social effect of the Pen Licence certificate

The Pen Licence is not only causing permanent lines on paper but is causing permanent effects in the classroom; a gender divide. Boys are seen to be achieving the Pen Licence at a much slower rate than girls, but this is due to the fact that girl’s fine motor skills, such as holding a pencil and writing, improve before boys. This does not mean that one is better than the other – both will develop these crucial skills but at different rates, yet boys are made to feel that they are in the wrong for not earning the Pen Licence, even though they are developing these handwriting skills more slowly. This social divide in the early years of the classroom that is created between boys and girls due to the Pen Licence can carry on in further years. The social structure of the class can change, and this can transform a child’s view of the classroom.

The physical effect of the Pen Licence certificate

We also have to think about the physical struggle it can be for some students to try and gain this licence. It can hurt to hold a pencil during prolonged writing tasks and can feel uncomfortable for them to write in this manner. This will, in turn, take longer, and result in less time spent on the actual exercise that will contribute to their learning. It has been shown that during writing time the misbehaviour of the student’s increases, and in turn, the focus then shifts from the writing process to trying to manage the engagement of the children in the room. This makes the Pen Licence pointless as the children are misbehaving and not engaging with it, while the students who are working well are not receiving the attention. Kids are so eager to get the licence that they rush the skill and produce barely legible joined-up that kind of passes as cursive handwriting. They then take nothing from the skill, and soon after return to their previous writing style.

How is the Pen Licence rule affecting dyslexic and dyspraxic students?

According to Dyslexia Action, an estimated 1 in 10 of the population has dyslexia. However, 74% of teachers felt that their initial training did not provide them with satisfactory skills to help students struggling with writing and reading. Combine that with 1 in 5 children who leave primary school with writing, reading and mathematics that has not reached the expected national Level 4.

Dyslexia and dyspraxia can often cause children to have poor word and line spacing, illegible handwriting, awkward or cramped pencil grip and poor spelling. They can also face disorganisation and have strong verbal skills but trouble communicating ideas in writing. This means that these students are already specifically struggling in this field and are forced to struggle even more with the Pen Licence. Is this fair? Instead of extra support being provided for these students, there is extra pressure, and additional worry. A dyslexic student may never be able to master the perfect cursive writing, but that does not mean they should be made to feel inadequate for the rest of their schooling years.

How is this Pen Licence tailoring to the student’s individual needs when it is forcing students to all write the same? What is the point in having an army of joined-up hand writers who spend more time concentrating on the writing than the actual content? Is it even necessary in this day and age, where Generation Z and Alpha have a plethora of technology that they can use to converse?

What is the Vaks approach to the Pen Licence certificate?

Here at Vaks we do, however, understand the importance of practising the skill of handwriting. It can improve the spelling and reading abilities of the child, while helping with the confusion of letters, as well as being a useful tool to put thought to paper, especially in the working world. We feel that it is useful to practice neat, legible handwriting but that there should be a few adjustments. There should be more emphasis placed on the content, and the individual needs of the child, rather than the perfection of the joined-up letters. Also, more leeway should be allowed, especially if the child is facing learning difficulties, and the Pen Licence should not be taken away when gained.

That’s why we have teamed together to make our own Vaks hand writing certificate to ensure your child does not feel left out when they are trying their best!

If you are interested in learning more about how our tutoring service can help your child then you can contact Vaks via phone at 0800 404 8172 or email us at team@vaks.co.uk.